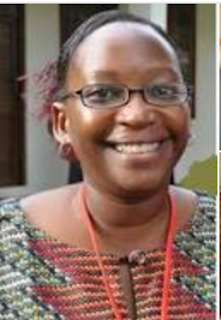 Uganda: Detention of feminist academic for criticizing president is a travesty.

A Ugandan university lecturer who criticized the President and his wife on Facebook must be released immediately and unconditionally, said Amnesty International today, after she was charged in court with insulting the President and violating his right to privacy under the Computer Misuse Act of 2011. Her prosecution violates Uganda’s obligations regarding the right to freedom of expression under the country’s Constitution, as well as regional and international human rights law.

Dr Stella Nyanzi, a single mother of three, has repeatedly criticized President Yoweri Museveni and the First Lady Janet Museveni, who is also the Education and Sports Minister, for the government’s failure to fulfil its commitment to provide sanitary pads to all schoolgirls. The feminist academic was arrested on 7 April. She pleaded not guilty in court today and was remanded in custody until 25 April.

“Lack of sanitary towels is one of the leading causes of girls dropping out of school in Uganda. Dr Nyanzi has led a campaign to ensure girls continue to attend school with dignity during their periods and, instead of commending her, the authorities have harassed, intimidated and now arrested her,” said Muthoni Wanyeki, Amnesty International’s Regional Director for East Africa, the Horn and the Great Lakes.


“Arresting Nyanzi simply for criticising the President and his wife serves no legitimate purpose. The state should stop wasting resources on pointless and politically-motivated prosecutions, immediately drop all charges against her and release her unconditionally.

CLICK HERE for STORY
Posted by Melody Scherubel at 4:06 PM