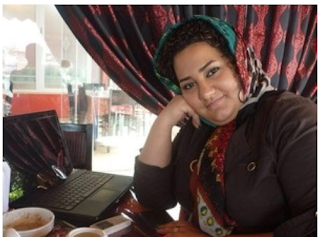 
Following 31 days of hunger strike in Tehran's Evin prison, Atena Daemi is in poor health, and requires immediate hospitalization. She has been unjustly imprisoned for her human rights activities since November 2016.

According to her family, Atena’s health has seriously deteriorated. She is believed to have lost about 12 kg of her weight. She is suffering from sustained nausea, vomiting, blood pressure fluctuations, and severe kidney pain. She briefly lost consciousness on 2 May. She was briefly transferred to a hospital outside prison on 8 May where some medical tests were carried out but she was returned to prison before even the test results came in. Doctors have warned that her kidney infection has reached critical levels and she needs immediate hospitalization.