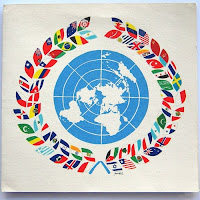 Since 1964 Amnesty has had special consultative status at the UN, which has allowed Amnesty International to shape crucial developments in human rights. • The adoption of key UN Conventions. Such as against Torture and Disappearances and, curbing the arms trade.
• Optional Protocols to human rights treaties for the abolition of the death penalty and to keep children out of armed forces.
• The establishment of national mechanisms to prevent torture and to allow people to make complaints against their governments for violations of their rights.
• The creation of a High Commissioner for Human Rights the Human Rights Council and its Universal Periodic Review.
• The establishment of Special Procedure mandates on issues such as human rights defenders, the elimination of discrimination against women, counter-terrorism and human rights and business and human rights.
• The adoption of resolutions such as the almost unanimous halt to the death penalty and the protection of civilians in crisis situations.
• The adoption of the UN Declarations on Enforced Disappearance, on Human Rights Defenders and on Human Rights Education and Training.

We encourage all of our members to submit suggestions for our website, social media sites, and Weekly Update. Items should be related to human rights.  Since Amnesty International is a nonpolitical organization, we ask that suggestions not be addressed to a particular political party but address issues. Our Weekly Members' Post is dedicated to links that are of interest to individual members such as the environment, gun safety, etc. Send your suggestions to Azam at group139@aiusa.org

Click here for Links to this week's Amnesty International and Human Rights Information and Actions and entire Weekly Update.