Tell President Obama and the Department of Justice: This is domestic terrorism. - ONLINE PETITION 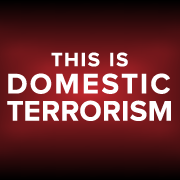 Submitted by one of our members...
"The despicable attack on one of the nation’s oldest Black churches is not just an act of hatred but of domestic terrorism – and the Department of Justice should treat it as such.
The shock and trauma from the images and stories from Charleston are still very much with us, and it is impossible to put into words the pain being felt by families and friends of the victims. What is possible is naming the crime accurately – and that’s an act of domestic terrorism against the Black community.
The United State’s first anti-terrorism law was the 1860 Ku Klux Klan act, passed under President Ulysses S. Grant to combat the ubiquitous culture of racial violence in the South.1
The massacre in Charleston not only fits the literal definition of domestic terrorism as outlined in federal law,2 it is an extension of a long history of terrorizing the Black community.3


Click here for more information and the ONLINE PETITION.
Please note that this is NOT an Amnesty International sponsored petition.