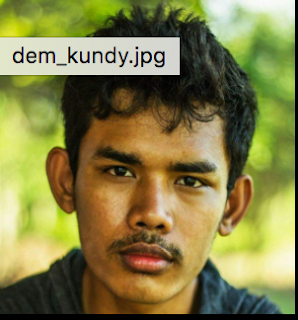 
On 11 September, at 10:45am, two environmental activists, Hun Vannak and Doem Kundy were arrested on a speedboat by police, while filming two large sand-bearing vessels anchored off the coast of Prek Khsach in Koh Kong province. They suspected the vessels were illegally carrying Cambodia’s much-desired natural resource, silica sand, for the purpose of export. Both activists were charged by the Investigating Judge with “incitement to commit a felony” and “violation of privacy (recording of a person’s image)” under Articles 495 and 302 of the Criminal Code, respectively, for allegedly filming on “private property”. Amnesty International does not consider these to be criminal offences. I
At the time of their arrest both activists were still affiliated with prominent environmental protection NGO, ‘Mother Nature Cambodia’ (MNC). Hun Vannak’s and Doem Kundy’s arrest occurred two days after MNC had published a video online, exposing illegal exports of Cambodia’s valuable silica sand by companies linked to the Cambodian Government. MNC accused the Cambodian government of complicity in illegal trade of Cambodia’s natural resource by turning a blind eye to fraud and tax evasion allegedly committed by sand-dredging companies.
CLICK HERE to TAKE ACTION

Posted by Melody Scherubel at 8:38 AM