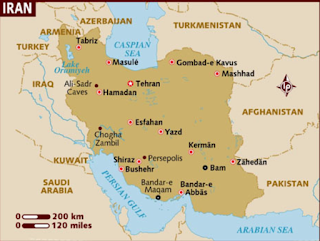 Iranian teenager Abolfazl Chezani Sharahi remains at risk of execution after his execution scheduled for 17 January was postponed. He was 14 years old at the time of the crime of which he was convicted.

The execution of Iranian teenager Abolfazl Chezani Sharahi, aged 19, was scheduled to take place on 17 January 2018 in Qom prison. The authorities postponed it hours before it was due to take place without stating a reason and after international pressure mounted. He remains at risk of execution.

Abolfazl Chezani Sharahi was sentenced to death on 17 September 2014, after Branch 1 of the Criminal Court in Qom province convicted him of murder for the fatal stabbing of a young man during a fight on 26 December 2013. He was 14 years old at the time of the crime. In sentencing him to death, the court held that he had reached the age of adult criminal responsibility as per Article 147 of the 2013 Islamic Penal Code, which sets this age at 15 lunar years (14 years and six months) for boys and 9 lunar years (8 years and 8 months) for girls.