IRAN: Juvenile to be Executed - NEWS 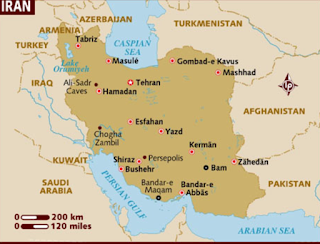 
Abolfazl Chezahi Sharahi, an underage offender who is sentenced to death on murder charges, has been transferred to solitary confinement and is scheduled to be executed at Qom Central prison on Wednesday. IHR calls on the international community to react before it is too late.
According to a close source, the authorities informed Abolfazl Chezahi Sharahi’s family that his execution would be carried out on the morning of Wednesday, January 17. He is sentenced to death on the charge of murder during a street fight in 2013.
Abolfazl’s public defender asked for a checkup by the forensics on July 20, 2014, and the forensics report states, “The 15-year-old defendant committed murder last winter and is mentally mature and aware of his action (murder).”
As a result, the court issued a death sentence and sent the case to the Supreme Court after Abolfazl objected to the verdict. The Supreme Court rejected the verdict based on the defendant’s age and the forensic reports and sent the case to a parallel court.
The second court also issues death sentence and this time the Supreme Court approves the verdict.
Iran Human Rights (IHR) calls for an immediate halt of execution of Abolfazl Chezahi Sharahi and a retrial based on Iran’s international commitments.
Mahmood Amiry-Moghaddam, the spokesperson of Iran Human Rights (IHR), says: “The European governments should not be indifferent to the execution of juveniles, especially those who have a closer economic and political relationship with Iran.”
CLICK HERE for MORE INFORMATION
Posted by Melody Scherubel at 8:13 AM