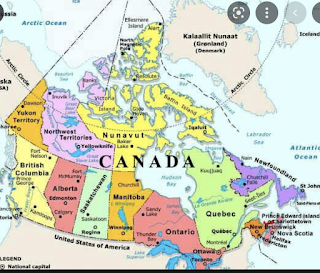 Amnesty International, Canada, 6-21-2022
Wet’suwet’en land defenders in Canada are at risk of serious human rights violations and could be arrested on their territory by Canadian Police. Hereditary chiefs oppose a liquified natural gas pipeline and have not given their consent to the project.
Wet’suwet’en and other land defenders have already faced three raids by heavily armed police since 2019, and 15 people are currently facing criminal contempt charges for defying a court injunction that authorizes the police to remove people occupying permitted work sites.
Wet’suwet’en Nation members report daily visits, harassment and intimidation by Canadian police officers and the company’s private security service.
CLICK HERE to TAKE ACTION
Posted by Melody Scherubel at 2:34 PM 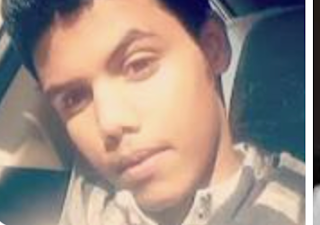 Abdullah al-Huwaiti, who was arrested when he was 14, is at imminent risk of execution in Saudi Arabia. On June 13, 2022, the Appeals Court upheld his death sentence after a grossly unfair trial.

During his time in detention, he was held in solitary confinement, denied access to a lawyer, and forced to “confess” under duress.

On March 2, 2022, he was re-sentenced to death by a Criminal Court in Tabuk on charges which included armed robbery and the murder of a security officer. Amnesty International calls on the Supreme Court and the King to not ratify Abdullah al-Huwaiti’s death sentence, quash his conviction, and re-try him in proceedings that are fully consistent with international fair trial standards, without resort to the death penalty.

Posted by Melody Scherubel at 2:12 PM 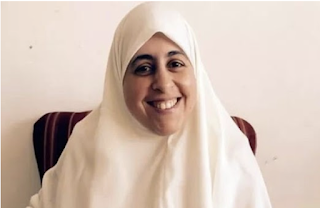 Amnesty International, USA, 6-15-2022Aisha el-Shater, 41, daughter of Muslim Brotherhood senior leader Khairat el-Shater, and her husband lawyer Mohamed Abo Horeira are on trial by the Emergency State Security Court on bogus charges stemming from their family affiliations and peaceful exercise of their human rights.
The Egyptian authorities have subjected Aisha el-Shater to torture by holding her in prolonged solitary confinement, barring any family visits for more than three and a half years and deliberately denying her access to adequate healthcare even though she has a serious and potentially life-threatening health condition.

Posted by Melody Scherubel at 11:44 AM 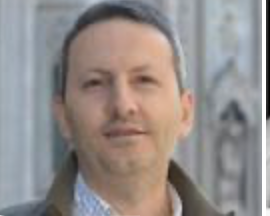 Mounting evidence indicates that Iranian authorities are holding him hostage and threatening to execute him to compel Belgium and/or Sweden to hand over two imprisoned former Iranian officials, and to deter future prosecutions of Iranian officials.

The authorities must halt any plans to execute Ahmadreza Djalali and release him immediately.

Posted by Melody Scherubel at 7:44 AM 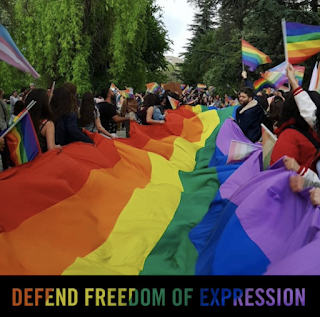 On June 7, 2022, the rectorship of the Ankara based Middle East Technical University (METU) sent an email to all students, declaring the campus-based Pride march on June 10, 2022 ‘categorically banned’, threatening the participants with police intervention if the march proceeds.

The rectorship’s action represents an unjustifiable attempt to restrict the rights to freedom of expression and peaceful assembly of METU students and staff and must be reversed.

Posted by Melody Scherubel at 1:59 PM 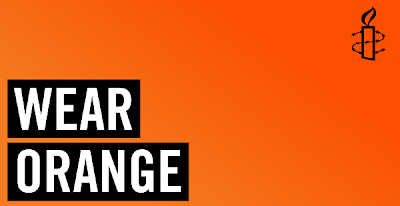 The U.S. government has allowed gun violence to become a human rights crisis. An average of 109 people are killed every day by gun violence, and Black and Brown communities nationwide suffer disproportionately.

But we know the facts that on key principles of gun safety, Americans are united: In 2021, a Pew Research Center study showed that 81% of Americans support universal background checks.

Amnesty International has analyzed the human rights impact of the gun violence crisis in the U.S. Our reporting examines how all aspects of American life have been compromised in some way by the unfettered access to guns, with no attempts at meaningful national regulation.

No one’s human rights can be considered secure as long as U.S. leaders fail to do anything about gun violence.

Do you know the origins of Wear Orange Day?

In 2013, Hadiya Pendleton, a fifteen-year-old girl from Chicago, was shot and killed on a playground in her hometown. Soon after this unspeakable tragedy, Hadiya’s childhood friends started commemorating her life by wearing orange each year on her birthday, June 2.

Since then, the movement has grown and spread across the country — and orange has been the defining color of the gun violence prevention movement.

I hope you’ll join us and thousands of others across the country to honor Hadiya’s life and all those whose lives have been cut short by gun violence in the U.S. 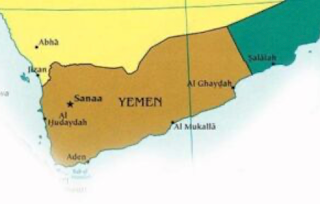 Amnesty International, May 31, 2022
On May 29, 2022, the appeal session for four Yemeni journalists sentenced to death, namely, Akram al-Walidi, Abdelkhaleq Amran, Hareth Hamid, and Tawfiq al-Mansouri, will take place before the Huthi-run Specialized Criminal Appeals Division in Sana’a, the Yemeni capital.
Since their arrest in 2015, the Huthi de facto authorities have detained the journalists, holding them without charge or trial for over three years and subjecting them to various human rights abuses, including enforced disappearance, intermittent incommunicado detention and solitary confinement, beatings, and denial of access to medical care. Amnesty International calls on the Huthi de facto authorities to quash the death sentences – issued following a grossly unfair trial - and order the immediate release of the four journalists.
CLICK HERE to TAKE ACTION
Posted by Melody Scherubel at 11:48 AM