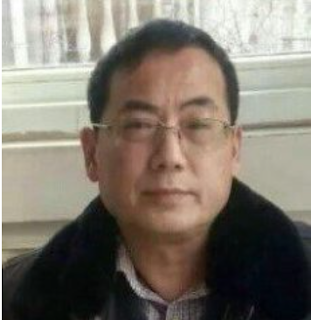 
Dong Guangping’s family heard about his relocation in October but have received no direct notification from the government, as required by Chinese law.   He has been held incommunicado without trial since his forced return from Thailad in 2015.  There is great concern that he is at risk of torture.
In China, a detainee needs to buy most necessities, such as toothpaste, toilet paper and more nutritious food, using money others have sent. Unlike other detainees, most of the time friends were not allowed to send money to Dong Guangping, as the detention centre required them to show Dong Guanping’s notification of formal arrest, which the family has never received.
Recognized as a refugee and accepted for rapid resettlement, Dong Guangping was forcibly returned to China on 13 November 2015, five days before he was scheduled to depart from Thailand to a third country and despite the known real risk that he could face serious human rights violations. Detained for almost two years, his family have yet to receive direct notification from the authorities about his whereabouts, arrest, indictment or charges against him.
Please take action before Dec. 22, 2017.  Thank you very much.
CLICK HERE for More Information & to TAKE ACTION
Posted by Melody Scherubel at 3:07 AM