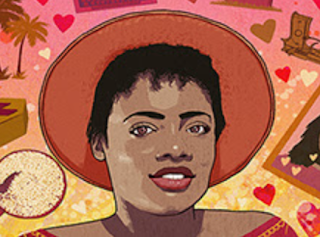 Police killings of mainly young and mostly poor men is all too common in Jamaica. When Shackelia Jackson’s brother Nakiea was gunned down by police in 2014, she refused to be silenced.

The police had been pursuing a “Rastafarian-looking” suspect in a robbery, and Nakiea fit that description. They found Nakiea in his small restaurant and shot him dead. But Shackelia was determined not to let Nakiea’s story end there.

She has battled a badly underfunded, sluggish court system to lead a bold fight for justice. In doing so, she has rallied dozens of families whose loved ones have been similarly killed, amplifying their cries for justice. The police have responded by raiding her community, timing the raids to coincide with court dates.

Posted by Melody Scherubel at 5:42 PM