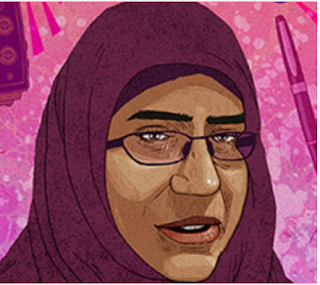 
When Hanan Badr el-Din’s husband disappeared, her life changed for good. She last saw him on television, wounded and at a hospital after attending a protest in July 2013. But when she went there, she couldn’t find him.

Hanan searched for her husband at police stations, prisons, hospitals and morgues. No one could tell her what had happened to him. Her husband is one of hundreds of people missing at the hands of Egypt’s security forces. Every day, an estimated three to four people – mostly political activists, students, protesters, even school children as young as 14 – are taken by Egyptian police or military, never to be seen again.

Yet the Egyptian government claims that disappearances don’t exist in the country.

Posted by Melody Scherubel at 9:30 AM