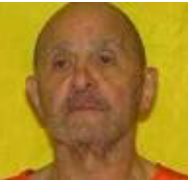 Alva Campbell, aged 69, is due to be executed in Ohio on

15 November. The governor can commute the death sentence despite a parole board vote against clemency.

Charles Dials was shot dead in Columbus, Ohio on 2 April 1997. Police arrested Alva Campbell, who had earlier escaped from custody when being taken to court on an armed robbery charge, and he confessed to police. He was brought to trial and sentenced to death in April 1998. This was vacated on appeal, but he was resentenced in 2001.

Alva Campbell,turning 70 in April 2018, has spent most of his adult life in prison. According to a sociologist who has reviewed the case, after a horrific early childhood, Alva Campbell “spent most of his adolescent years” in various state institutions and effectively became a “state-raised youth”, with no treatment plan ever developed by his custodians.

Posted by Melody Scherubel at 5:25 PM