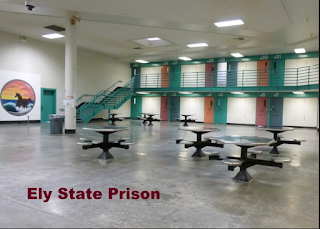 
The State of Nevada is set to carry out its first execution in over 11 years. A prisoner who has waived his appeals is due to be executed at 8pm on 14 November. Amnesty International is calling for a moratorium on executions as a first step towards abolition.

The last execution in Nevada was carried out on 26 April 2006; the next would be the first to take place in its new death chamber at Ely State Prison; and the first in the USA using the three-drug combination chosen by the Nevada authorities. In early 2017, a bill to abolish the death penalty in Nevada failed to move out of committee.

Posted by Melody Scherubel at 3:12 PM