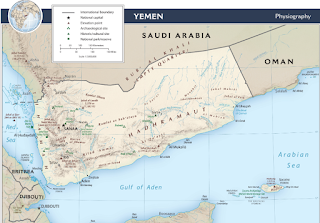 
Mustafa al-Mutawakel, 61, professor of Economics at Sana’a University and Chairman of the General Authority for Investment in Sana’a, has been held incommunicado since 27 April. He was arrested that day at around 8am at al-Falaj checkpoint in the governorate of Ma’rib, north-east of the capital Sana’a, after having attended a conference in Morocco.
According to his family, Mustafa al-Mutawakel was allowed one phone call on the day of his arrest to his wife. During the call, he informed her that he had been detained by the internationally recognized Yemeni government forces (also known as al-Shar’ia) in the governorate of Ma’rib. He has since been held incommunicado with no access to a lawyer or any member of his family, raising fears that he might be at risk of torture and other ill-treatment. According to medical reports reviewed by Amnesty International, Mustafa al-Mutawakel suffers from high blood pressure and blood clotting. Prior to his arrest, he received regular medical treatment and medication to manage his blood clotting including regular blood withdrawal (venesection). If this treatment is discontinued, he is at higher risk of more blood clots forming and higher blood pressure.
Mustafa al-Mutawakel was appointed in November 2016 as the Chairman of the General Authority for Investment, which is controlled by the de-facto Huthi-Saleh authorities. The reason for his arrest remains unclear. However, his family believes that his arrest might have been triggered by his perceived association with the Huthi-Saleh authorities by the internationally recognized Yemeni government.

Posted by Melody Scherubel at 2:42 PM