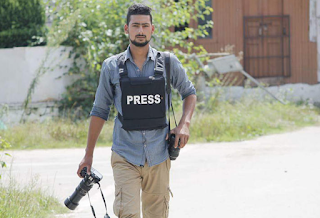 
Kamran Yousuf, a freelance journalist, was arrested by the National Investigation Agency (NIA) in September 2017 in relation to a case of alleged funding of terror-related acts as well as accusations that he had thrown stones at security forces. On 14 March 2018, after six months of pre-trial detention, he was released from prison after a special court in Delhi granted his bail application the previous day.

In January 2018, the NIA formally charged Kamran Yousuf, along with 11 others, with offences under the Indian Penal Code and the Unlawful Activities (Prevention) Act (UAPA), including ‘criminal conspiracy’, ‘waging war against the government of India’, committing ‘unlawful activities’ and being a ‘member of a terrorist organization’. The primary evidence put forward for these charges were that his mobile number was “persistently located at places where counter-terrorist operations were in progress” and that he was not a “real journalist” as he had not covered developmental activities carried out by the government.