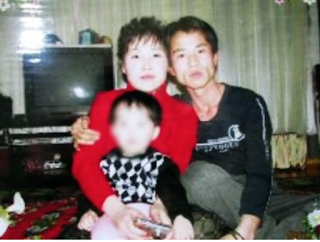 Koo Jeong-hwa is no longer at imminent risk of being sent to a political prison camp according to her husband who recently received reliable information about her situation.

Koo Jeong-hwa’s son was released twenty days after the transfer, and he is currently staying with his grandmother.

Amnesty International has been in communication with Koo Jeong-hwa’s husband, who now lives in South Korea, and has asked that information about her whereabouts not be made public for now. He thanked Amnesty International supporters for taking acting action on his family’s behalf, and believed that it was helpful.

CLICK HERE to READ
Posted by Melody Scherubel at 7:22 AM