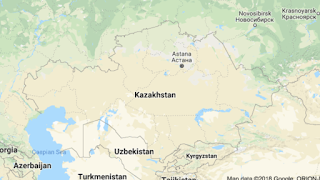 Since 13 March, bloggers, activists and members of the public across the country have been summoned and warned by the police that they could be prosecuted for supporting the Democratic Choice party on social media.

On 15 March, Almalinsky district court in Almaty sanctioned the house arrest of 27-year-old graphic designer, Akmaral Tobylova...for allegedly financing an extremist group.
She told the Kazakhstani International Bureau of Human Rights: “I just read the site and looked at the news. There was nothing forbidden there. I was interested in their programme because they promised good pensions and housing.” Akmaral Tobylova is a prisoner of conscience, detained for the peaceful exercise of her right to freedom of expression. According to the Kazakhstani International Bureau of Human Rights, two other anonymous people, who wish to remain anonymous, have also been detained as part of a crackdown against those who appear to show support for the Democratic Choice of Kazakhstan party.

Posted by Melody Scherubel at 4:12 PM