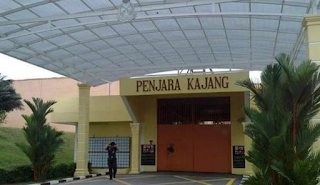 
Currently more than 80 Iranians are facing horrific conditions in the solitary confinement of Malaysian prisons, while awaiting their death sentences for charges of “involvement in drug trafficking”. Most of the prisoners were not given fair legal due process. They were not provided a Persian translator during their interrogation, in addition to the trial and the procedure of their case was also flawed.

A debate on changing the Malaysian anti-drug law and death penalty abolition for drug related offences is ongoing in the Malaysian Parliament.  In 2010, death penalty was introduced for possession and trafficking of up to 50 grams of certain illegal drugs.

In 2009-2010, a number of Iranian citizens were arrested for unknowingly carrying industrial drugs to that country. They were duped into carrying the illegal substances by smugglers, who promised them financial reward or a free trip to Malaysia. Unfortunately, they were only aware of the true substances they were carrying after their arrest.

Research by Iran Human Rights (IHR) shows that the majority of these prisoners are held in Kajang prison in the north of Malaysia. According to Malaysia’s law, a prisoner who is sentenced to death must be held in solitary confinement. In confinement, prisoners are forced to live without proper facilities or hygienic living quarters for long periods of time. Thus, for the past six years, the majority of imprisoned Iranian citizens have faced disease and a lack of clean drinking water in Kajang prison, according to some sources.