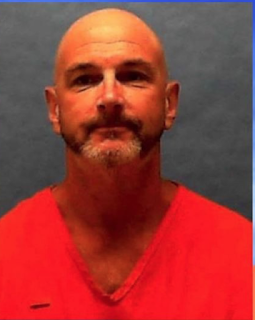 
Patrick Hannon is scheduled to be executed in Florida at 6pm on 8 November. He was convicted in July 1991 of two murders committed six months earlier. Twenty-six years old at the time of the crime, he is now 53, having spent half of his life on death row.
According to the evidence, on 10 January 1991, Patrick Hannon, Ron Richardson and Jim Acker went to the Tampa apartment where Brandon Snider and Robert Carter lived. Brandon Snider was attacked when he opened the door; he was stabbed and had his throat cut. Robert Carter was shot dead upstairs. Patrick Hannon was brought to trial in July 1991. Several days into the trial, Ron Richardson, charged with first-degree murder but due to appear as an alibi witness for Patrick Hannon, changed his story and reached an agreement with the state to plead guilty to being an accessory after the fact, and to testify for the prosecution. Patrick Hannon was convicted of two counts of first-degree murder and the jury voted for death. His appeal lawyers continue to challenge his death sentence arguing it is “disproportionate and disparate in comparison to his co-defendants”. Ron Richardson was sentenced to five years, eventually serving 14 months. In 1992, Jim Acker, against whom the state originally pursued the death penalty, was convicted of two counts of first-degree murder and sentenced to life imprisonment. At a retrial in 2001, he was sentenced to life for first degree murder and 22 years for second degree murder.

Posted by Melody Scherubel at 7:15 AM