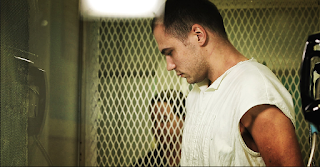 
On 24 November 2001, Doyle Douglas was shot in the car in which he, Clinton Young, Mark Ray, David Page and Darnell McCoy had driven to Longview in east Texas to buy marijuana. The victim was put in the trunk of the car and taken to a creek where he was shot again. The next day, Samuel Petrey was shot dead near Midland, about 450 miles (725km) west of Longview. The trial evidence indicates that David Page and Clinton Young had earlier abducted and driven him there from Brookshire. They left the scene together in the victim’s vehicle; after they separated David Page went to the police. Officers spotted Clinton Young driving Samuel Petrey’s pickup truck and arrested him after a chase. A forensic firearms examiner assessed that the handgun found in the vehicle fired the two shell casings found in Doyle Douglas’s car and the two others found near Samuel Petrey’s body. Clinton Young was charged with the two murders, convicted on 27 March 2003 and sentenced to death on 14 April 2003.

Clinton Young is the youngest of the individuals involved in this case and the only one who received a death sentence. Darnell McCoy was not charged. Mark Ray was charged with the capital murder of Doyle Douglas, pleaded guilty in June 2003 to second degree kidnapping, was sentenced to 15 years in prison and is now free. David Page pleaded guilty in December 2003 to aggravated kidnapping in return for a 30-year sentence. Each testified against Clinton Young.

The jury’s finding that Clinton Young killed the second victim was a prerequisite for his capital conviction and death sentence. The only evidence that identified him as the person who shot Samuel Petrey was the testimony of David Page, the other person present at that shooting. He testified that Clinton Young shot Samuel Petrey from six to 10 feet (2 to 3.5 metres) away, but the victim had marks on his wounds showing he was shot at close range, from a distance of no more than two feet (0.6m). Since the trial, four people have provided sworn statements supporting Clinton Young’s claim that he did not shoot Samuel Petrey. According to Clinton Young’s lawyers, gunshot residue testing of a pair of gloves found at the Samuel Petrey murder scene also supports his claim of innocence.

CLICK HERE to TAKE ACTION
Posted by Melody Scherubel at 10:22 AM