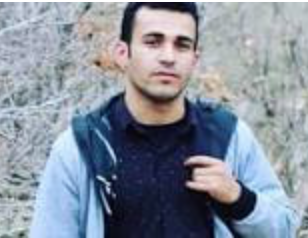 
Ramin Hossein Panahi, a 22-year-old man from Iran’s Kurdish minority, was sentenced to death after a grossly unfair trial that lasted less than an hour on 16 January 2018. His family told Amnesty International that he appeared before the Revolutionary Court in Sanandaj, Kurdistan province, with torture marks on his body, but that the court failed to order an investigation. According to his lawyer, the court convicted and sentenced him to death for “taking up arms against the state” (baqi) merely based on his membership of the armed Kurdish opposition group Komala. No specific evidence was provided linking him to activities involving intentional killing, which is the required threshold under international law for using the death penalty. Between his arrest and trial, he was only allowed one brief meeting with his lawyer, which took place in the presence of intelligence officials. The authorities also refused to disclose to him and his lawyer the details of the evidence brought against him and to provide them with a written copy of the judgement. The Supreme Court upheld the death sentence in March 2018.
CLICK HERE to TAKE ACTION BEFORE MAY 3
Posted by Melody Scherubel at 3:51 PM