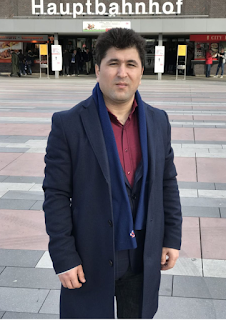 On 2 March Sharofiddin Gadoev was transferred without identification documents from Dushanbe, Tajikistan’s capital, to Frankfurt, Germany, and returned safely to the Netherlands the same day. He is the leader of Group 24, an opposition political movement banned in Tajikistan, who legally resides in the Netherlands.


Sharofiddin Gadoev was arbitrarily detained on 14 February by the authorities in Moscow, during a trip to meet representatives of the Russian Security Council. On 15 February, he reappeared in Dushanbe, and on 20 February he was transferred to an undisclosed place by officers from the Tajik Interior Ministry and special forces. The Tajik authorities did not disclose his whereabouts or lay official criminal or administrative charges against the activist.
CLICK HERE to LEARN MORE
Posted by Melody Scherubel at 2:43 PM