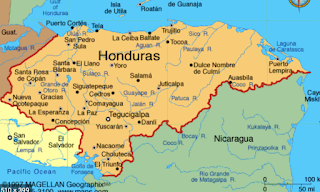 The eight members of the Municipal Committee for the Defence of Common and Public Assets (CMDBCP, in Spanish) continue in prison in Honduras after more than 19 months.

Seven share the same cell in Olanchito prison, Yoro department (North), and one is being held in La Ceiba Penal Center, Atlántida department (North). The UN Working Group on Arbitrary Detention declared their detention as arbitrary and asked for their immediate release.

We urge authorities to review the preventive detention of all eight defenders and take all necessary measures to immediately release them.

Posted by Melody Scherubel at 11:36 AM