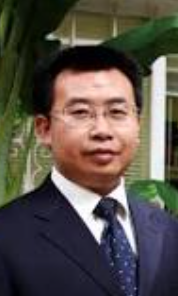 Amnesty International, June 14, 2017
Jiang Tianyong has been formally arrested for “subverting state power” according to a notification received by his father from the Changsha City Public Security Bureau. His father received the notification, issued on 31 May 2017, on 5 June 2017. He was taken to the police station after returning home from the post office, warned not to disclose the details about Jiang Tianyong’s formal arrest to the outside world and later released the same day. If convicted, the maximum punishment for the charge of “subverting state power” is life imprisonment. Jiang Tianyong is now detained at the Changsha City No.1 Detention Center.

Jiang Tianyong’s lawyer, Chen Jiangang, has requested a meeting with Jiang Tianyong for the ninth time since he was detained. The Changsha City Public Security Bureau rejected all previous meeting requests.  To date, Jiang Tianyong has had no access to a lawyer. Jiang Tianyong was accused of “inciting subversion of state power” when he was placed under “residential surveillance in a designated location” in Dec. 2016.

Jiang Tianyong is a well-known human rights lawyer, whose activism resulted in him being disbarred in 2009. He has since continued his work as a human rights defender, despite suffering ongoing harassment, detention and physical beatings.
CLICK HERE to TAKE ACTION
Posted by Melody Scherubel at 2:24 PM