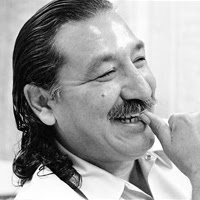 Amnesty International
Native American activist Leonard Peltier has been imprisoned for more than four decades after an unfair legal process and trial. He was convicted of killing two FBI agents in 1975, and has remained behind bars despite concerns about political bias and injustice that have clouded his case. Now the 71 year-old’s health is failing, he has exhausted all appeals, and he is not up for parole until 2024. If the President doesn’t act, Leonard Peltier is likely to die in prison.